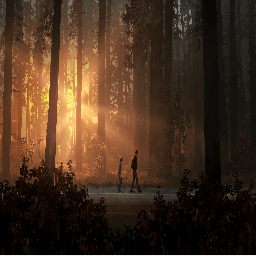 I was wondering if anybody would rip some Life is Strange models.

The models I search for are these

Young Daniel (without the jacket just the space mission shirt)

Sean Diaz with his Wolf Squad Jackect from Episode: Rules

There is a person who has these models, but unfortunately they told me I could rip them. No matter what I do they won't rip for me at all. I tried for a while to do rip them but I always have error stuff come up.

The user who has some of these models is on the website Deviantart and has awesome pictures. Look up PearlEffect to see their work.

Anyways just a small add but is there anyway people may rip some of the stages/areas?

This only a side request.

I was looking for stages that included

Outside stuff from it (any episode mostly)

This is only a request that anybody could try out obviously. I'm not asking for a single person to do all of this. That may be too hard or stressful.

I would do all this myself if I didn't keep having error on every software I tried to use to rip from.

I ripped from other stuff but for some reason Life is Strange Squeal doesn't want to work that way.