Decided to dust off an old project I started back in November of 2018.

I'd downloaded this really cool, FREE 3D program called Daz Studio on August 11th of the same year with the intent to create a graphic novel of the book I'd published just a couple months before that.
I still didn't know what Hexagon was at that time even though it came with the DS package because I completely ignored it in favor of the instant people!

Then, after playing with the DS package and dress up dolls (DUD's) for about a week I got frustrated and then bored with it and desiring to create some of the stuff I found for sale I finally opened Hexagon (8/23/2018).

A short time later (mid September), having just finished my first "big" project, the USS Akyazi , I needed a star base lounge to go with the story I had in mind for the Akyazi and Cpt Rachel Garrett (a new book idea) so I launched into Hexagon to do just that.

These are the first renders I ran off (never posted) on Nov 12th, 2018, 3 months after opening the software package. 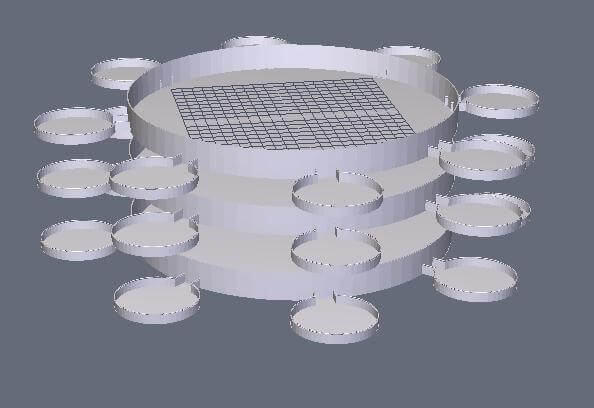 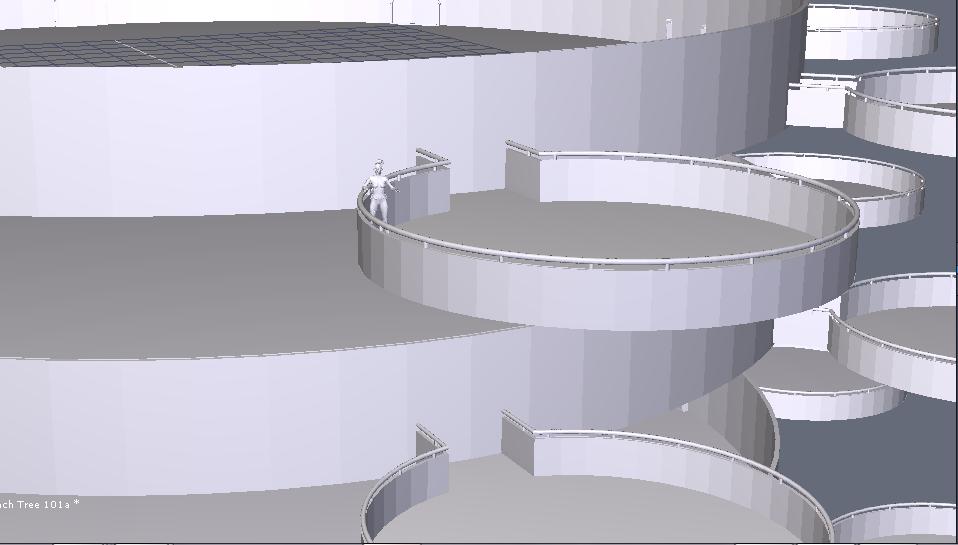 In point of fact, they really aren't renders as they were taken from within Hexagon, not Daz.

I still had little idea of what or how to do with Daz.

The next day after staying up nearly all night adding more work to this project I posted these images on Daz forum site.

On the 14th of November, 2018 I posted these first actual renders.

This is then, 1st Officer Rachel Garrett gazing out wistfully, on the USS Akyazi, currently sitting outside the force field of the Peachtree lounge.

Playing with different backgrounds before adding the Akyazi.

The next day I added the EARLY, Akyazi ship model to the render and I think, set this in Iray.

I then composed a series of story board shots playing around with some chairs, a martini glass and a glass table top that I added to a table I'd also created in Hexagon.

Geez... What a freakin 3D wizard I thought I was (chuckles). 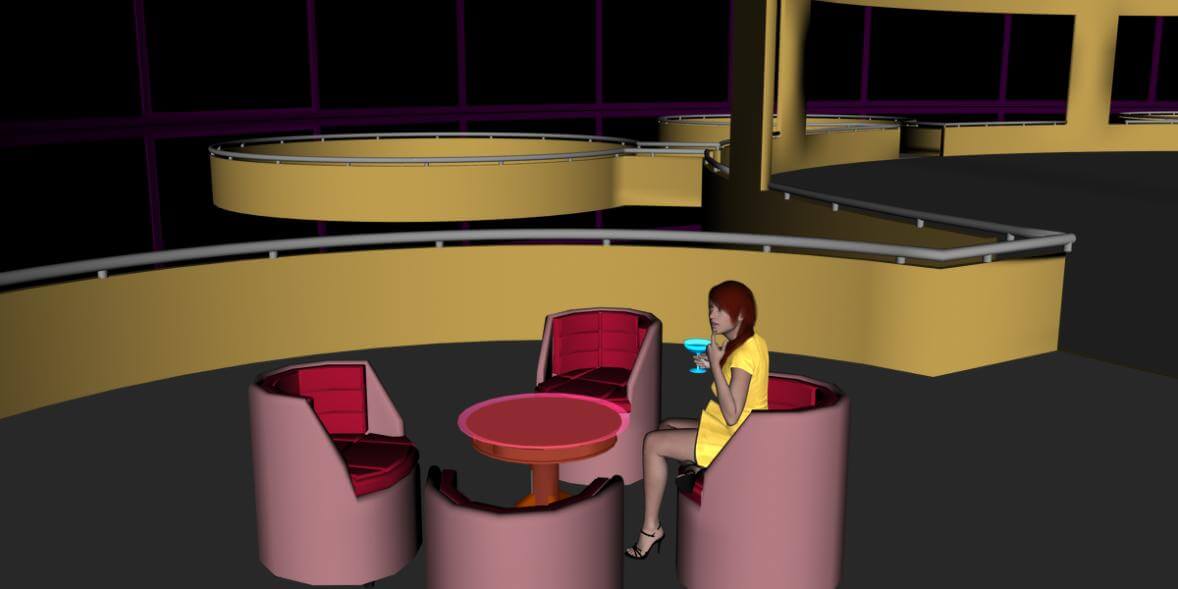 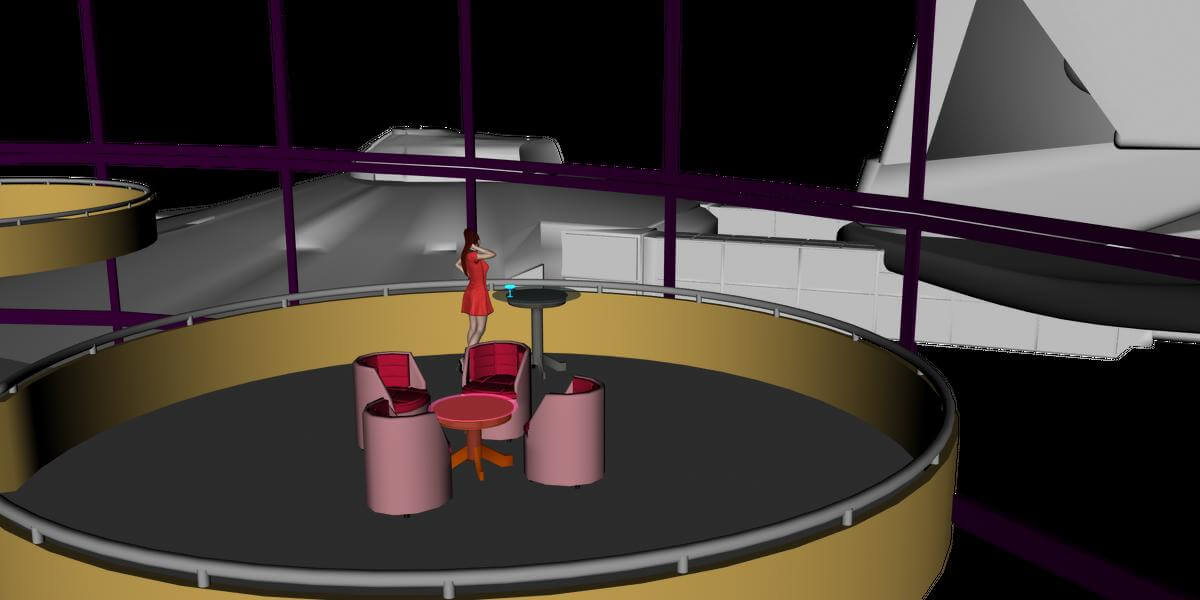 Another shot of the Akayazi, no finish details.

The concept of soft lining and radius were still new to me.

Again, my chair, my table and martini glass. If you look closely you can even see the liquid in the glass.

Then I just lost interest in it and shelved it for a short while.
Maybe the Holidays? Don't remember.

It was Early January, 11th when I finally rendered these shots. 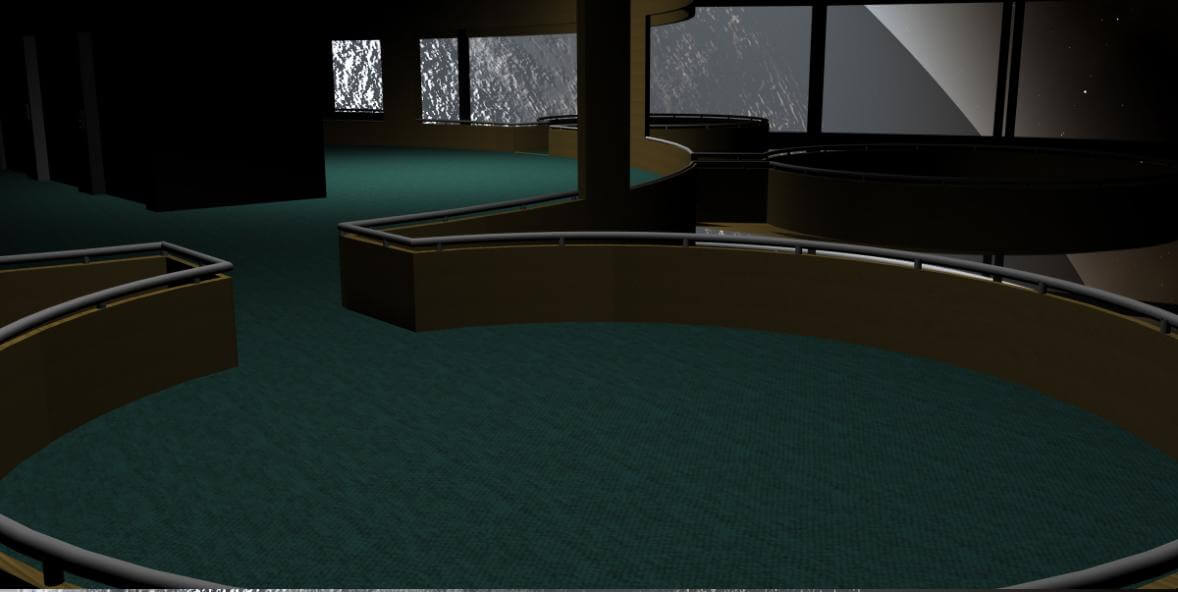 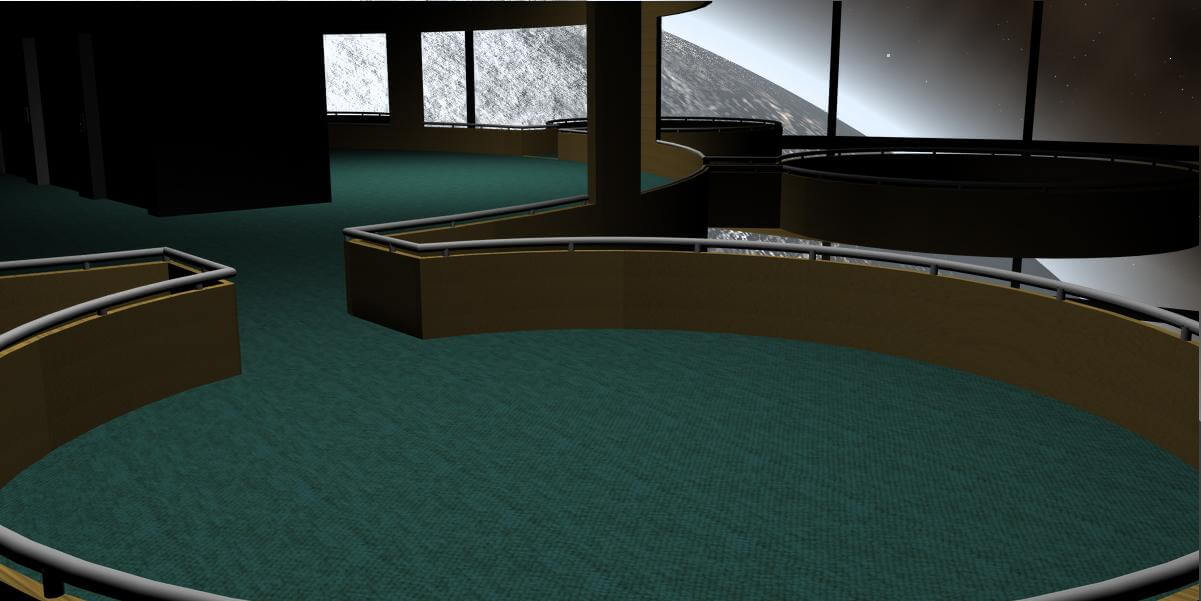 I still had ZERO idea what "Emissive Surfaces" were so I was rendering with what lighting came in the box and learning a little at a time on how to set up Point Lighting.

Then the next day I had an idea and started a storyboard experiment... 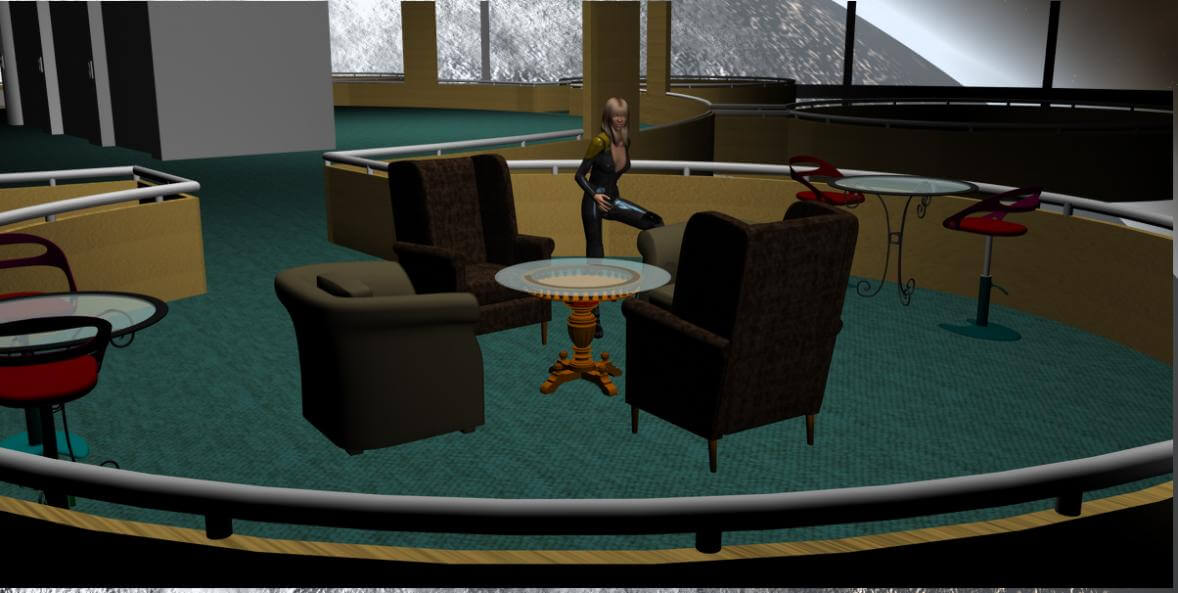 And the next day I posted this, experimental, short story... 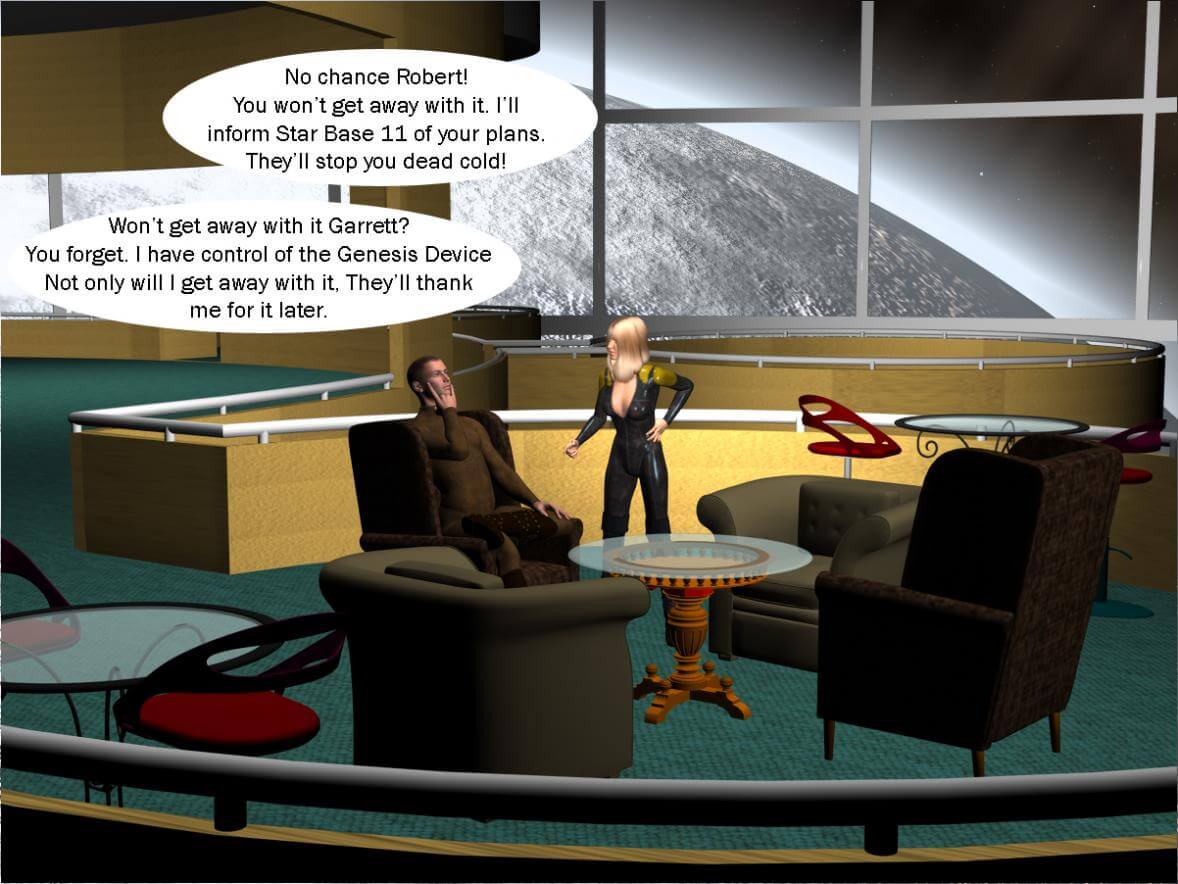 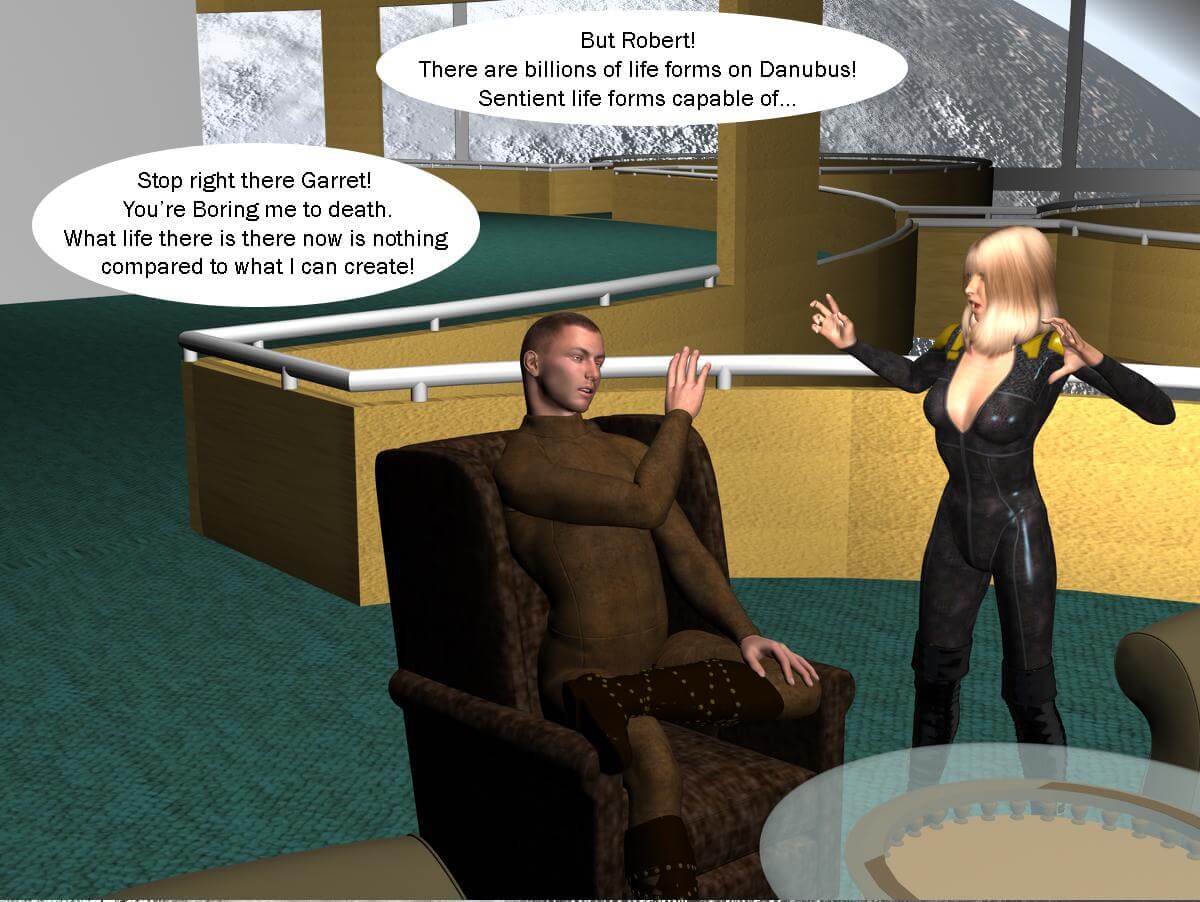 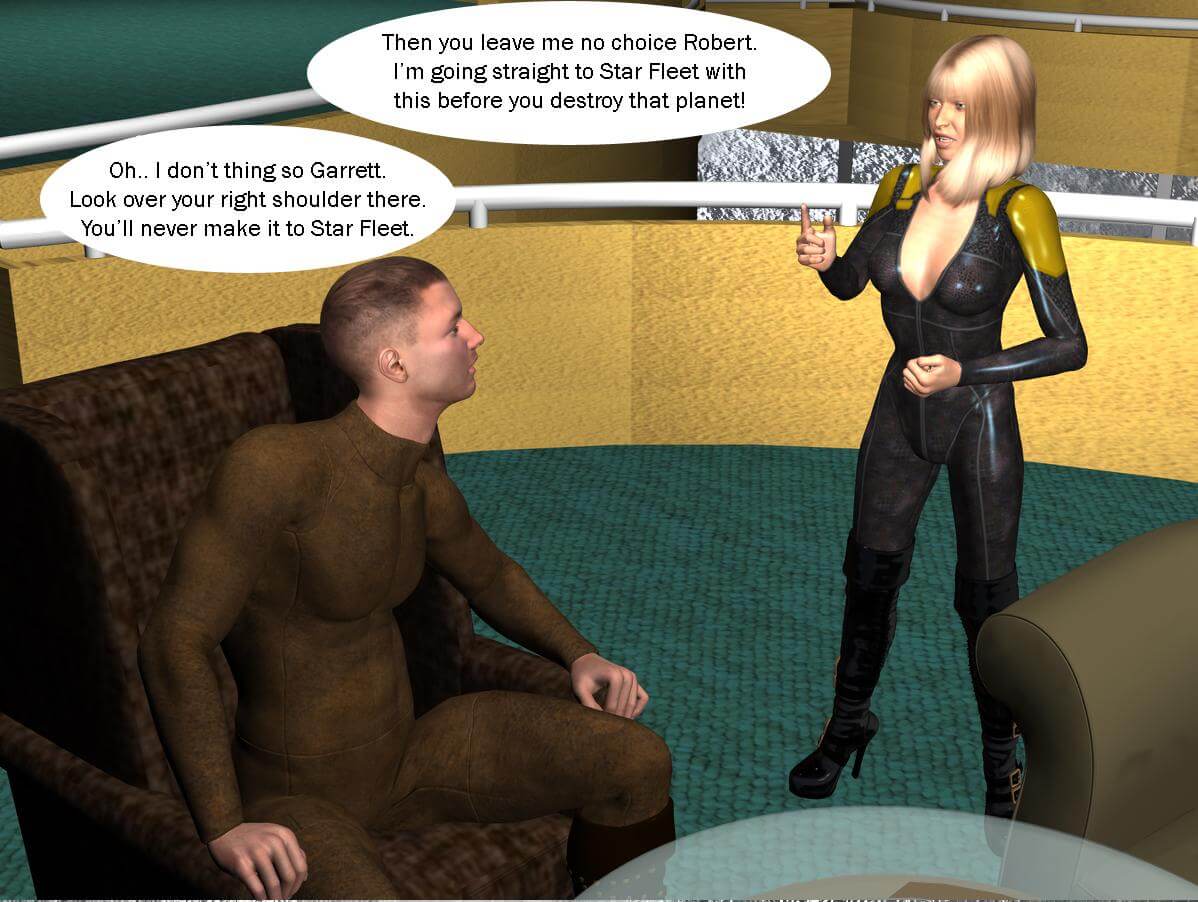 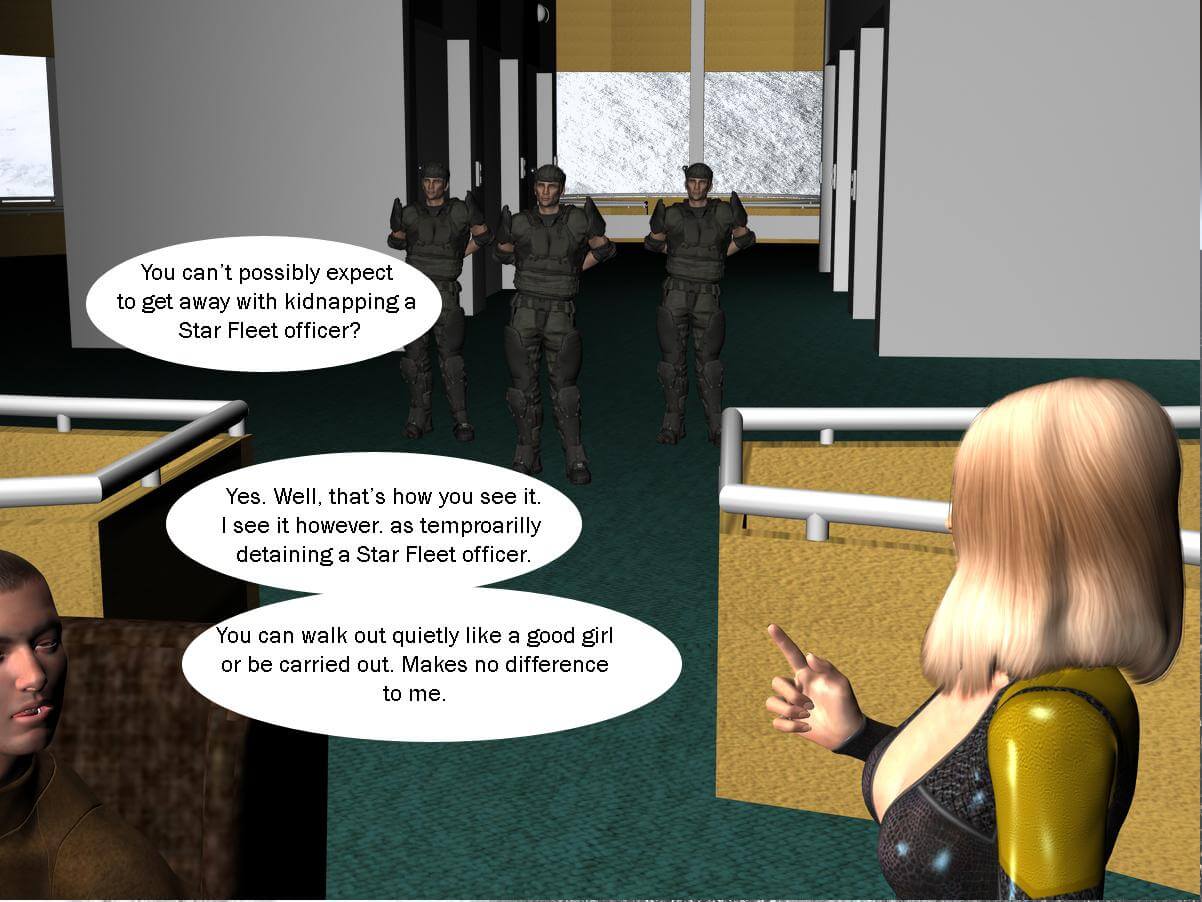 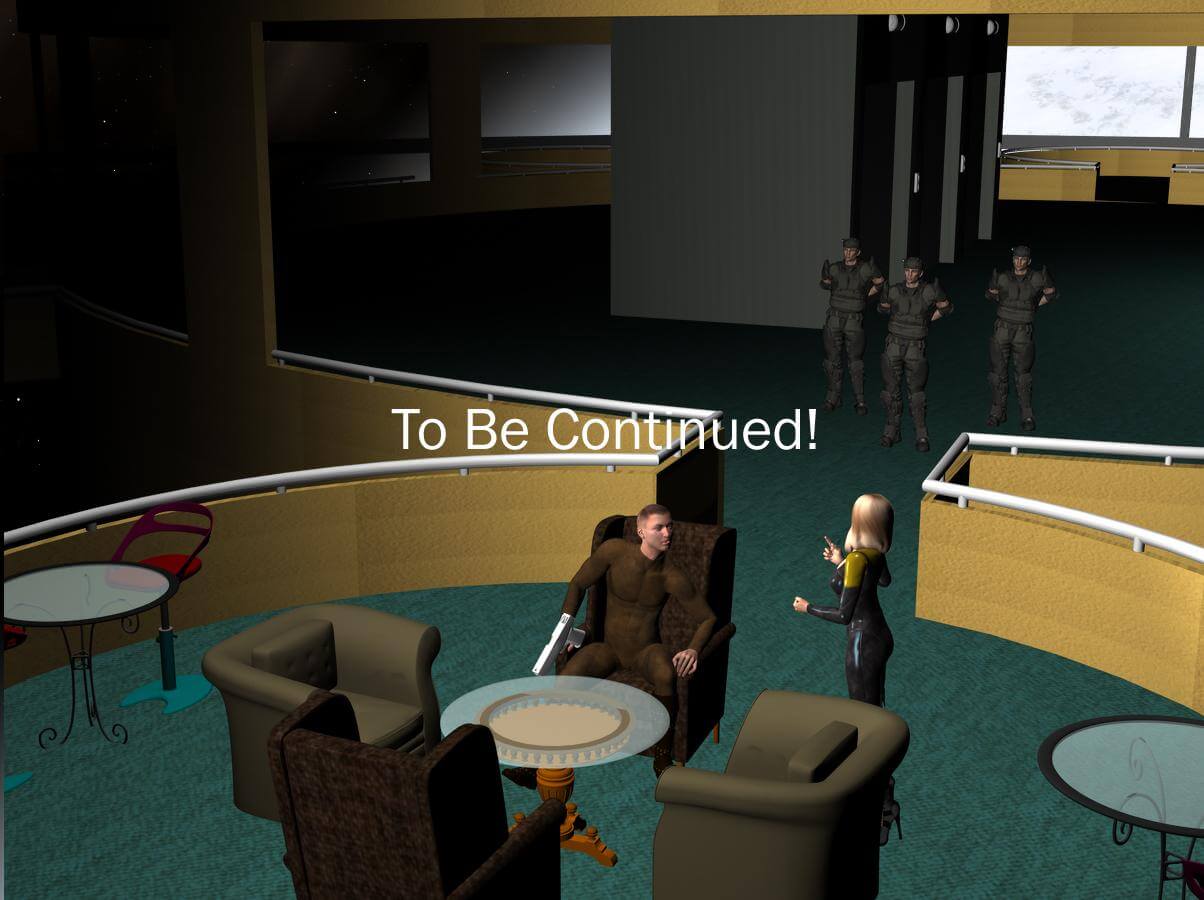 I nearly broke my arm patting myself on the back.

Then I lost interest again and it sat dormant till a week ago when I decided to dust it off again.

So I loaded it up two days ago, redrew nearly everything MUCH more efficiently (smaller file size now), added a lot of new textures and UV's (still out of the box stuff though) and my new knowledge of emissive lighting and wip'd out this yesterday.

I blows my mind how much time it took to get where I was (a month... 120 hrsmol?) and in less than 8 hours I had redrawn the entire thing.

The setting is nvidia, scene only (thanks to "CarlCG" for that quick lesson) and head lamp off so the lighting is supplied exclusively by the emissive sphere in the hanging lights which if you look closely, have semi translucent globes (diffusers) set inside the dark hood and by the larger and brighter sphere behind the planet in the background (a brain storm thought I had yesterday).

I hope it wasn't so overbearing though as to distract you from the story line or the fact that 100% of everything else in the render was my art.

I like the line of jump suits they (the ST arts folks) are using for their characters and while I'm guessing that there are "plump", Star Fleet crew members and officers, I honestly can't recall ever seeing any in any of the episodes or movies other than perhaps, non human characters.

And then while I'll agree that high heeled boots won't make your 8 hour day any better regardless of whether it's in a planet side office or star ship, I honestly haven't seen a single pair of good looking SWAT style boots yet for the characters.

Please do not respond to this SWAT boot request in this thread.

Use the link and respond there.