Here is my official entry for the challenge, i am still on the concepting and designing process but i have a clear idea in my head.

My character is from another planet and it's cosidered a god among the living creature in his world, he is not really but his species (family)  is pretty powerful as they are able to be one with the forces of nature and use them as they please, there are 6 of them in total, each one with a different element, fire, water, earth, thunder, light and dark, the light and dark are the first 2 member of the family father and mother , the other 4 are brothers and sisters.

Tanaris Téras, tanaris meaning lighting fromt celtic and téras meaning monster from greek, is the youngest of the family, with a lot to learn about his power and his role in the future of his planet where, they are not the the only family able to harvest the power of the elements.

This is a quick summary of the story that i am developing i could maybe write a book about it haha but i suck at writing.

My character is generally a good guy but young and rebellious, his planet even if full of powerful being is really backward technology wise, shaman tribes are the norm, and rituals, conflict and wars happen constantly between "elemental families" and  the rest of the population warshiping and siding with different "godly" entity.

I will work on the power description later on, going more in depth with the story.

These are the concept/references i will be focusing on, ah ye his wepon of choice is the hammer of course. 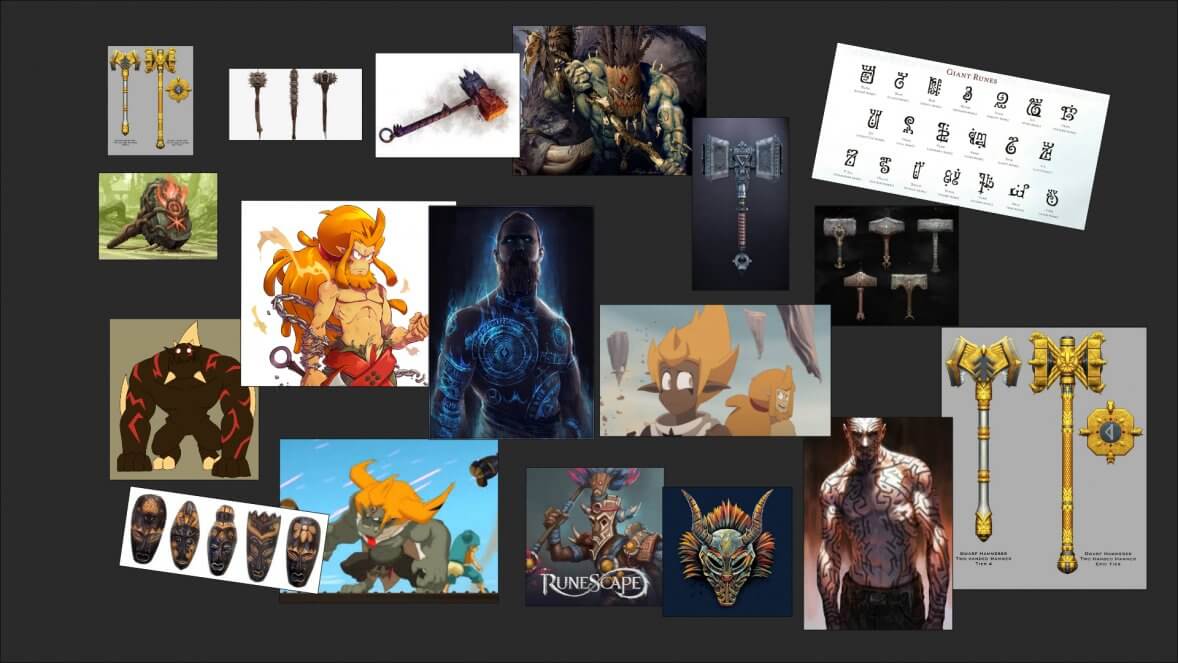