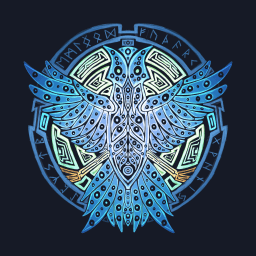 THIS JOB HAS BEEN COMPLETED SUCCESSFULLY AND IS NOW CLOSED
Hagala Surault, the Grey Owl.

This is the first part of the concept-art-phase. With the final renders, if this it's okay, I'll post her complete backstory, with a few pills of her lore with future wips.

For now, a little presentation: she is Hagala "Grey Owl" Surault, a 48 y.o. Divination Wizard who is secretely also a Vae'nder, a kind of priests or priestess in conctat with the spirits of nature.

She is a character in a setting created by me for various campaigns on tabletop rpg and for other projects.

For the Vae'nders (or Wardens): similar to druids, this category of people differ from them by the use of the Primordial Tongue (in this world called Ancient Thulys), a language used by some of those spirits (or natural forces) to describe, and thus shape, the world in witch she lives. Language from which iher name derives in part, and from which her divinatory powers arise.


[Sorry for delete-and-repost loop, I had some issues with the connection 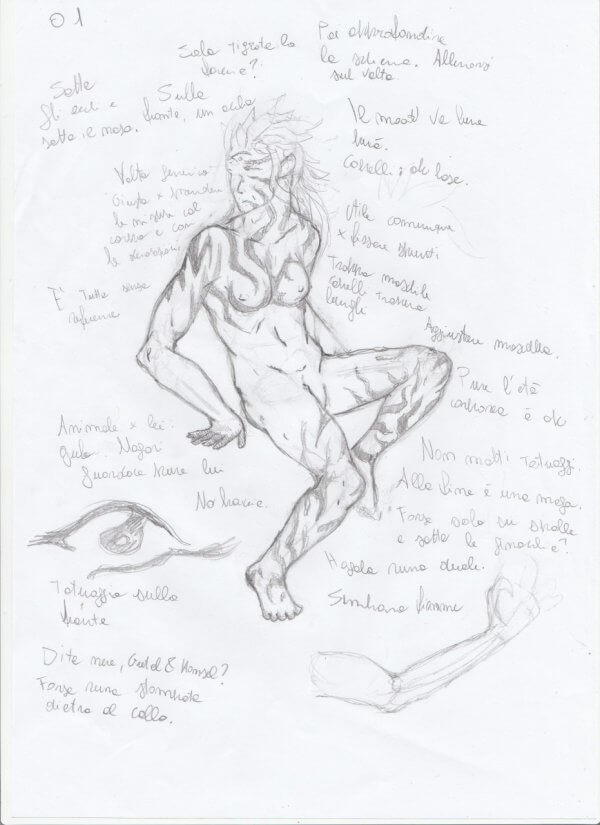 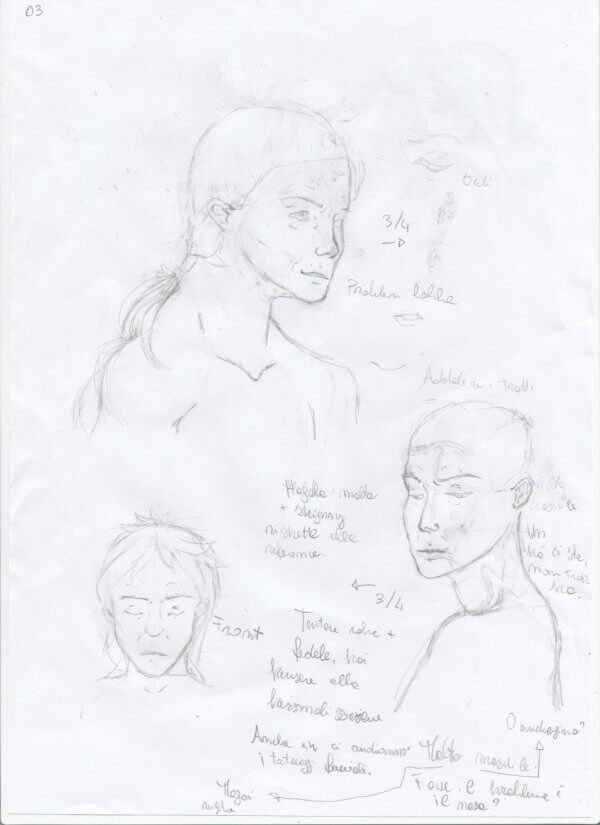 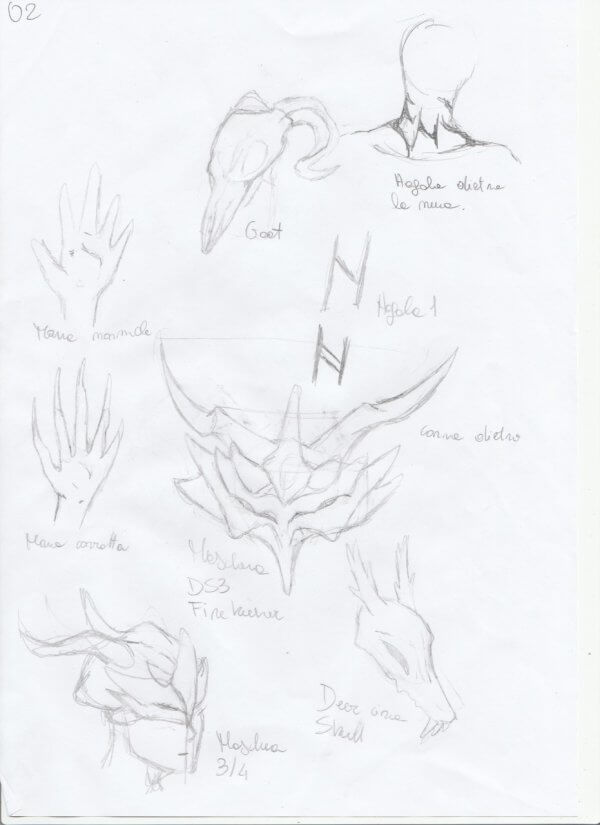 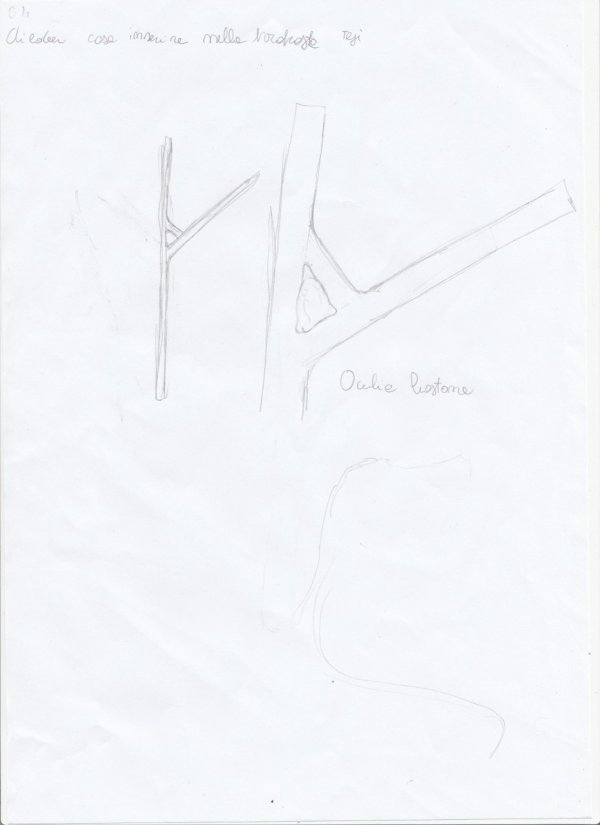 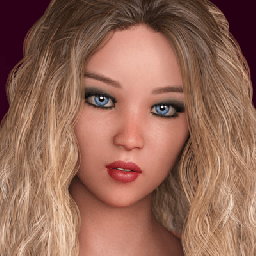 Anyway,  I have other sketchabout the face, the tattoos, the mask around the body and the mask. They are still "rought", but now that's enought for me. 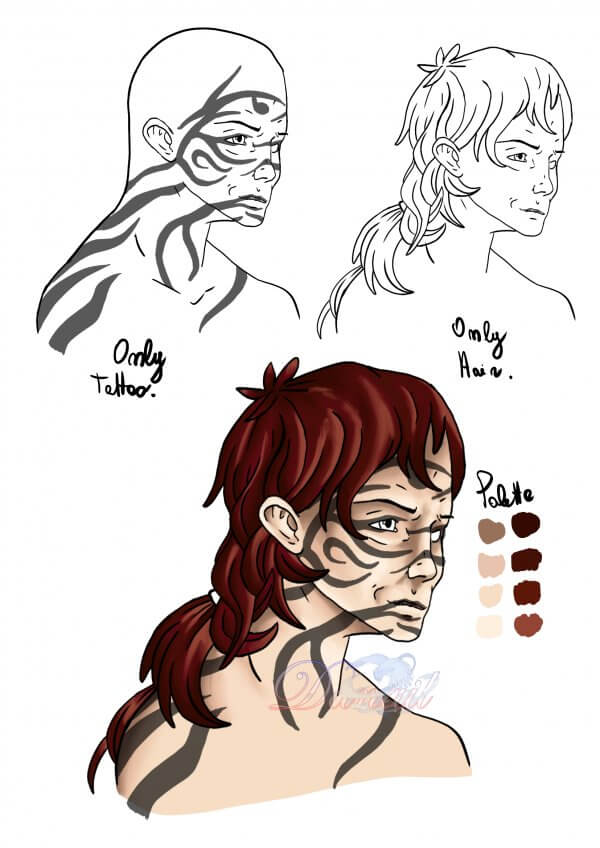 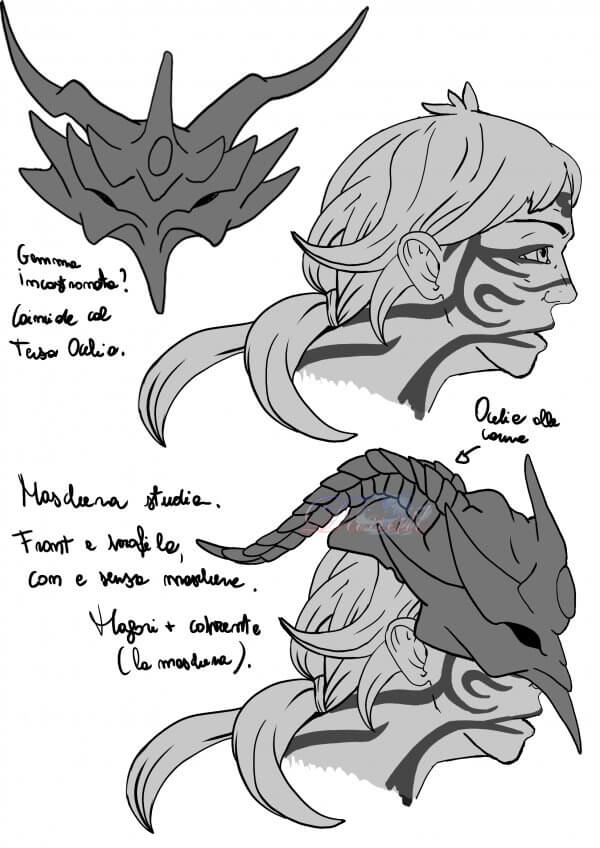 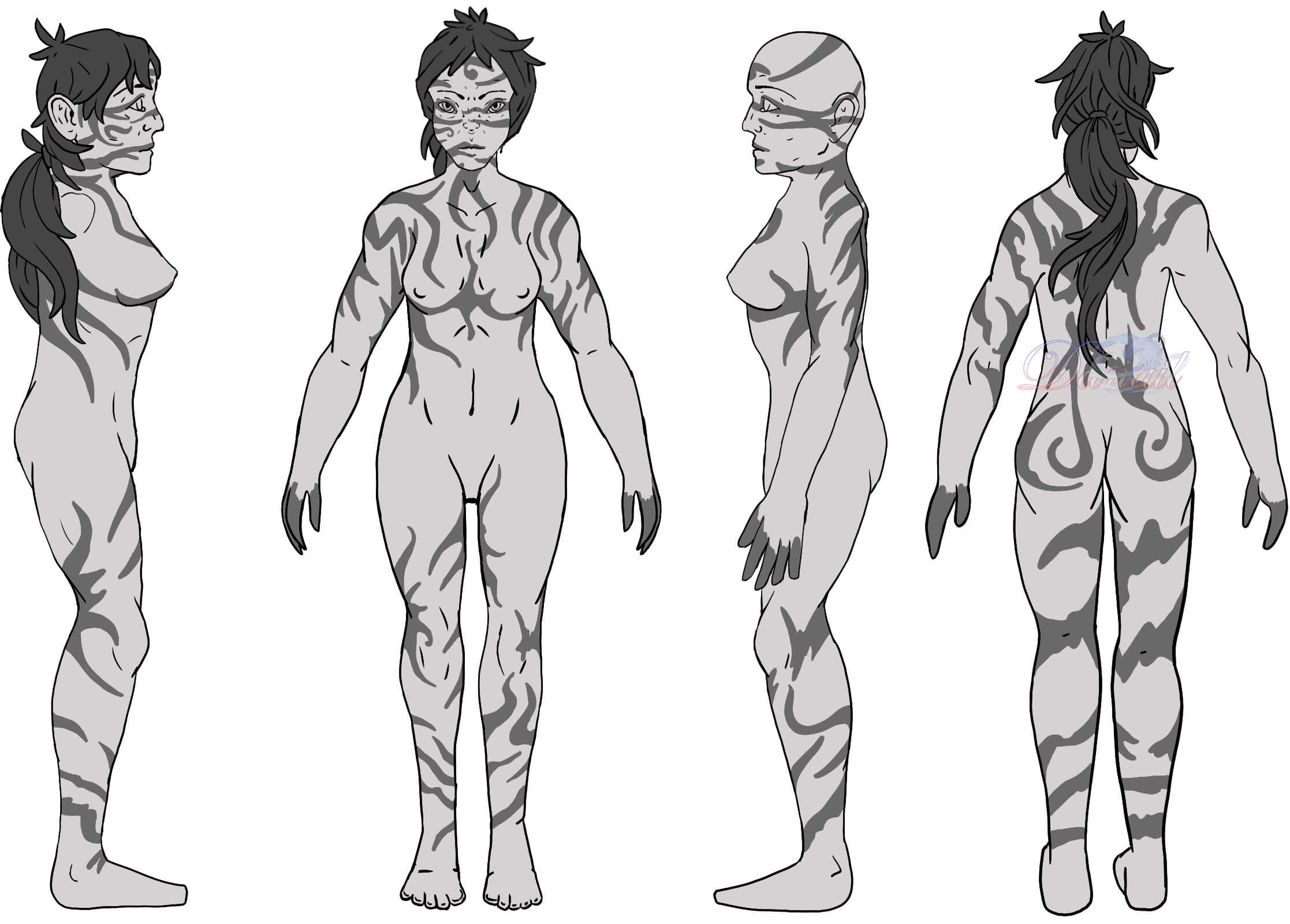 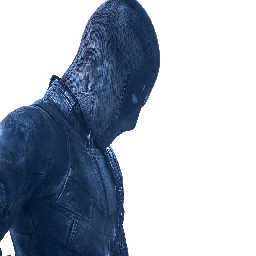 I have the latest sketches about the clothes, both in traditional and digital.. Now I'll move on to the modelling... 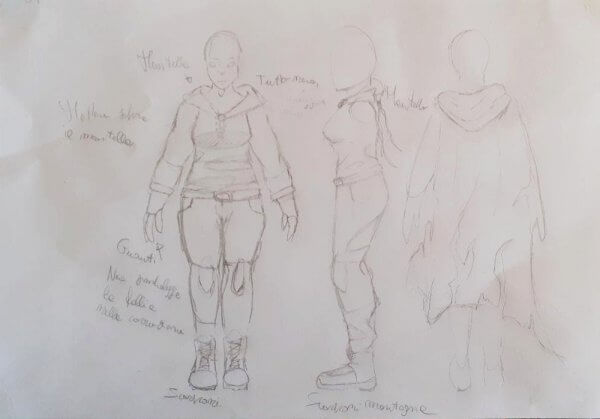 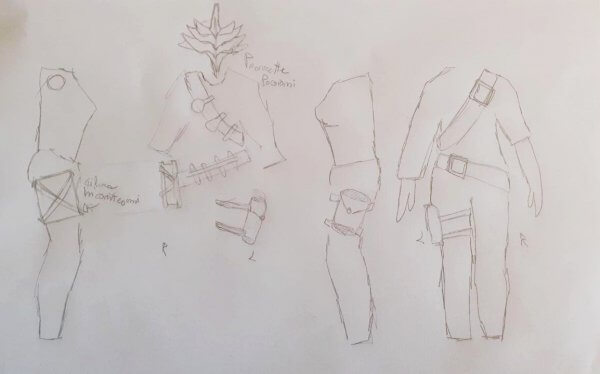 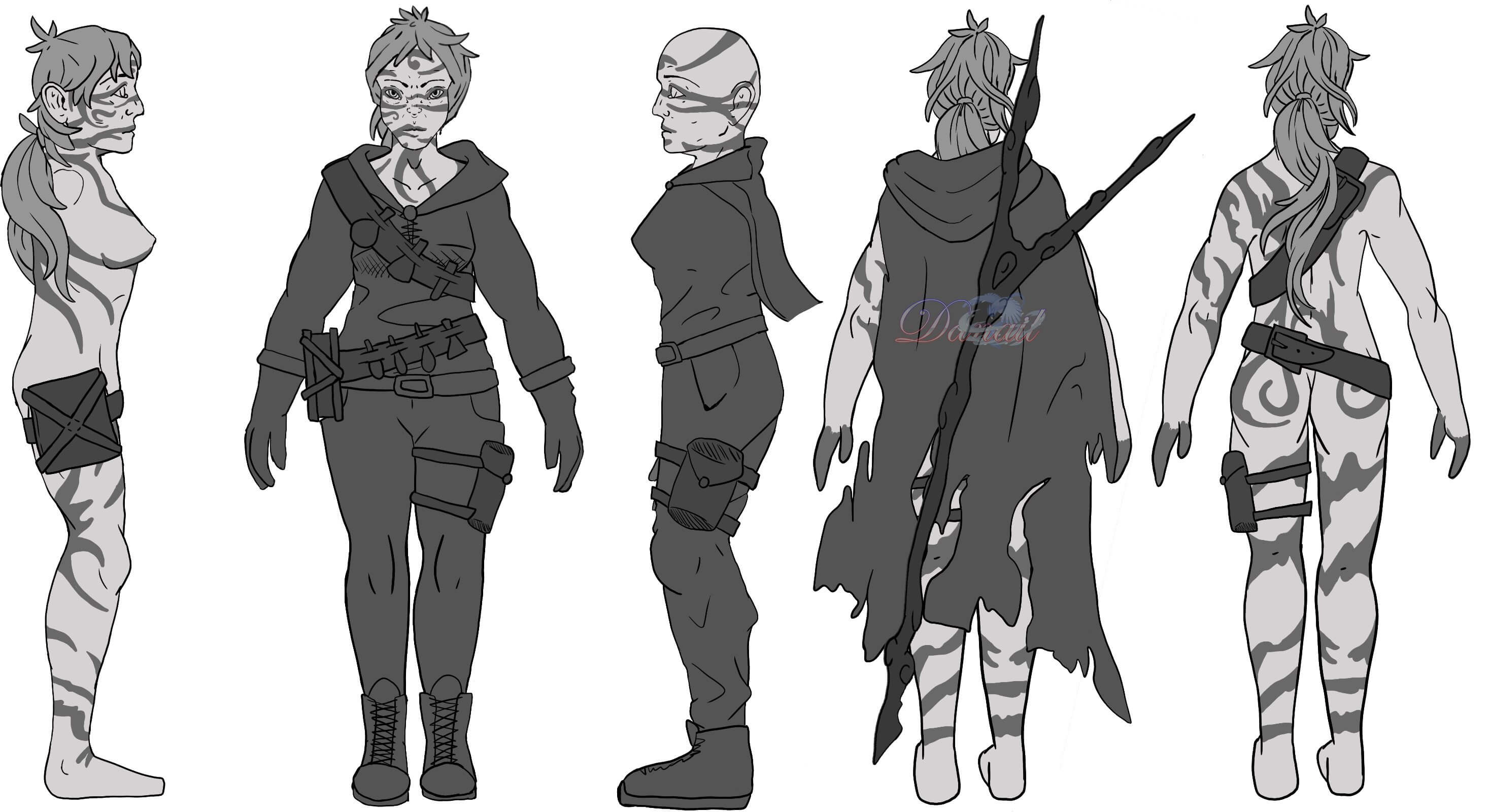