Using the Gizmo and Booleans for Hard Surface modeling. (CLOSED)

THIS JOB HAS BEEN COMPLETED SUCCESSFULLY AND IS NOW CLOSED
Using the Gizmo and Booleans for Hard Surface modeling.

Hard surface modeling has plenty of workflows that offer
varying degrees of creative freedom. In this blog post I will examine the Gizmo
tool in Zbrush 18 and how in conjunction with Booleans, can offer an
interesting workflow that may help in hard surface modeling.

The Gizmo is a very useful tool just recently added to
Zbrush. It functions primarily as a movement tool within the 3d space of Zbrush
and works similarly to the move tools of other 3d packages like Maya.

Where the Gizmo really starts to become a powerful tool is
in its ability to create primitives. The Gizmo can create a variety of
basic primitives by clicking the gear icon at its top left corner.

Once the
primitive is chosen, a system of cones similar to the X,Y,Z crosshairs appears
and allows for manipulation of topology. These cone controls are a bit
confusing at first but don’t worry just start yanking them and see what they
do!

In addition there are loads of deformers to really let you
get whatever shape you need. If you’ve really beat up your primitive with
deformers and realize you rather start over, fear not. No need to break your
undo keys, there is a reset button in the Gear menu that appears while a
primitive is active. 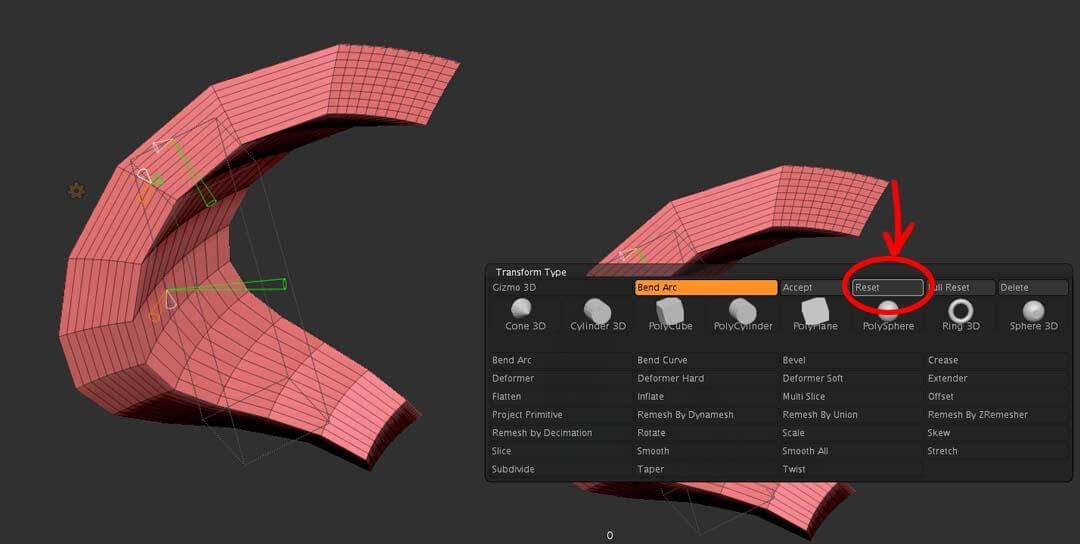 This Gizmo is a very powerful creation and manipulation tool.
It can create both organic shapes and hard surface shapes using a variety of deformers.  This is where we bring in Live Boolean mode.


Live
Boolean mode in short lets you organize the subtools we just created with the
Gizmo. Then lets you either add, subtract or intersect from whatever subtool is
above it in the subtool palette. A short description for so many possibilities Booleans
offer in Zbrush. Controlling these operations is fairly simple. Check to make
sure Live Boolean mode is enabled, organize your subtools accordingly and set
the desired Boolean operation. 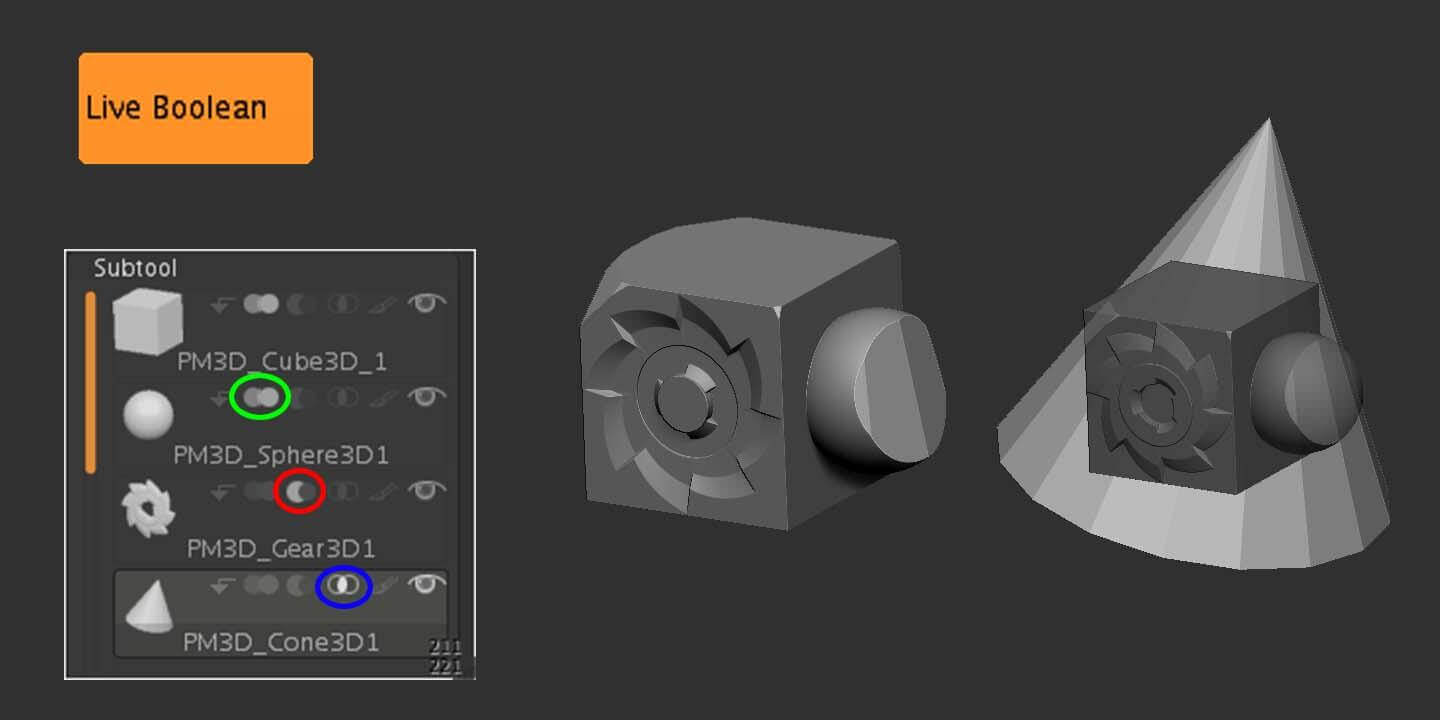 In
this example, we have a cube at the top set to add. Then a sphere under it also
set to add. Next the gear set to subtract and finally the cone set to
difference mode.


To
finally bake all the work you’ve done, go to the Boolean sub palette in the
Subtool palette. 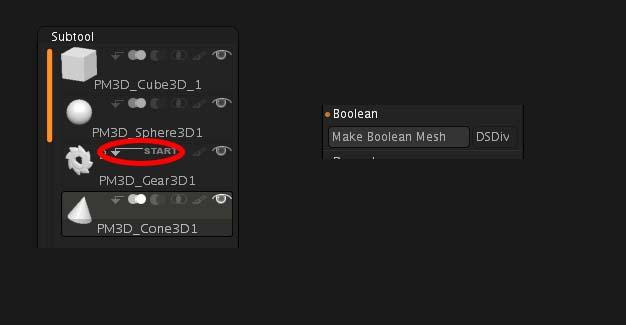 It’s
important to note that for each subtool being combined you need to trigger
dynamic sub division (hotkey D). Got em all? Next hit the DSDiv button and then
Make Bollean Mesh.

You
should have a new tool named UMesh. This tool will have your unified objects in
separate subtools specified by the start groups you set up.